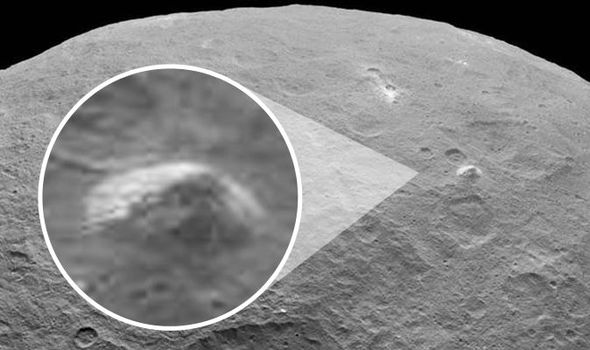 If you thought Ceres’ spots were weird, wait until you see its mystifying ‘pyramid.’

Indeed, Ceres has intrigued NASA scientists and worked fringe UFO bloggers into a frenzy since the Dawn spacecraft arrived for a close-up of the dwarf planet in March. Upon arrival, Dawn imaged a cluster of bright spots in a crater; now, a pyramid towering over a flat landscape serves as the latest addition to Ceres’ scrapbook of oddities.

Scientists have plenty of questions about Ceres’ features, but will we get answers? Maybe.

Right now, Dawn is in its second orbiting phase roughly 2,700 miles above Ceres, which has given us a closer look at the now famous bright spots. We now know there are even more spots than we initially saw in early images.

Scientists believe a highly reflective substance — ice or salt are leading contenders — is responsible for the spots, but they are still considering other options (a thriving alien metropolis is probably not one of them). Thankfully, Dawn is equipped with an infrared mapping spectrometer that can identify minerals based on the way they reflect light. As scientists get more images and data from Dawn, they’ll certainly learn more about the composition of those spots.
And That Pyramid

Dawn also photographed a pyramid-shaped landform in its latest crop of photographs. Based on visual evidence, the mountain rises roughly 3 miles into the sky, and it’s smack-dab in the middle of a relatively flat area on Ceres’ surface. This shouldn’t come as too big of a surprise: Ceres bears all the telltale signs ancient, and perhaps present, geologic activity. Ceres has scars on its surface that hint at ancient lava flows, landslides and collapsed structures.

Ceres’ story is only going to get more interesting. Dawn will continue to orbit 2,700 miles above the dwarf planet’s surface until June 30. Then, it will edge even closer, entering orbit at an altitude of 900 miles sometime in August.

When that time comes, it’s safe to say another strange chapter will be added to the book of Ceres.

Pyramidion (top of a pyramid) dedicated by Amenemhet III , ruled 1831-1986 BC. The winged sun disk depicted in the center of the stone, carving art on the black granite is amazing. 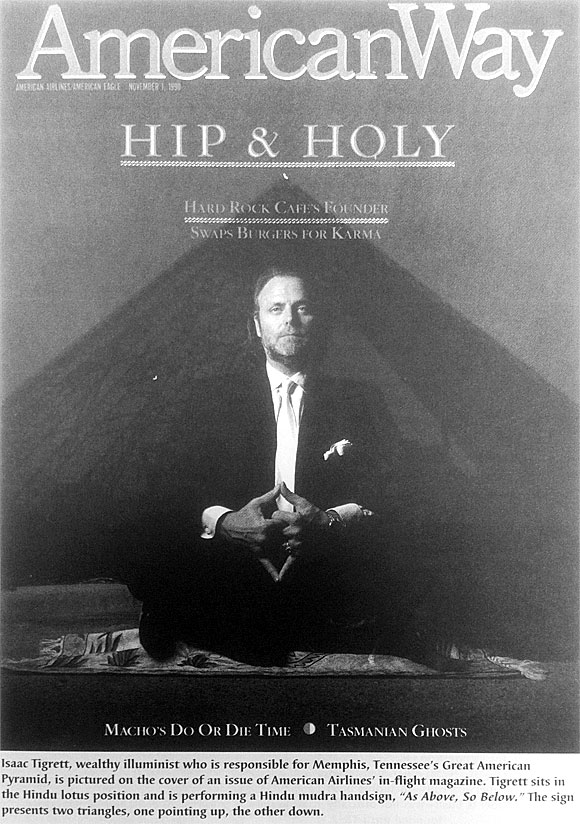 Alex Jones has once again sparked controversy, this time with accusations that his critique of the ‘Devil Pyramid’ in Memphis, Tennessee as an occultic temple is “slanderous.” The local news outlet WMC-TV used the label, while conversely admitting that the central claim– that a crystal skull was found at the apex of the pyramid– is true.

“Jones’ so-called ‘facts’ are mostly slanderous,” the station claims, without any supporting evidence or even clarifying what that means, which is itself slanderous (and technically libelous, as it appears in print) against Jones. But as usual, Alex was just going off of reports from local sources.

When Alex Jones and crew were traveling back from Chantilly, Virginia, stopping in Memphis was more or less random. But discussion of the “Great American Pyramid” looming over the city was unavoidable. Was it really built by occultists? If so, for what purpose? Was Alex’s memory correct about hidden charms found on top of the Egyptian-inspired structure?

Yes, we soon found out, after scouring the Internet for answers before shooting the now controversial You Tube video and subsequently heading downtown for some of Memphis’ world famous barbecue.

The business about the crystal skulls was reportedly first exposed in the Memphis Flyer by John Branston. In 2010, he recapped his original report for the Internet audience, suggesting that it was part of an effort by the Tigrett family to “activate” the pyramid:

In late 1991, The Pyramid was new and exciting. Befitting the weird building, there was a weird rumor that, during construction, workmen were paid to weld a metal box inside the apex. The installation supposedly took place late at night, with the mysterious box carried by persons dressed in black and carrying a transit pointed to the North Star.

One thing led to another, and in December an expedition of county officials and Pyramid management climbed to the top to have a look. Sure enough, there was a metal box welded to a beam 300 feet above the Mississippi River. Someone mounted a ladder and detached it. It was stuck in a vault over the weekend.

When it was opened, there was a wooden box inside the metal box and a black velvet box inside the wooden box. Inside the velvet box was a crystal skull about the size of a man’s fist, with sunken eyes, a sunken nose, and elongated teeth. […] The next day, Isaac Tigrett confirmed that he had placed the skull in The Pyramid as part of a … promotion called “The Egyptian Time Capsule.”

It was Isaac Tigrett– founder of the Hard Rock Cafe and House of Blues, as well as a follower of guru Sathya Sai Baba– who first suggested the curse, according to reports:

But back to the curse. The most ominous warning was given by Isaac Tigrett following the removal of the crystal skull that he had secretly riveted to the steel superstructure of The Pyramid apex…“You don’t have any idea what you have done,” he said upon being told that the crystal skull had been removed. He added somberly that the cosmic balance of the earth could be disturbed as well.

The Memphis Flyer also cites a number of failed projects and proposals at the pyramid, starting from the official opening. “Things did not go smoothly from jump. Perhaps this negativity was a harbinger of things to come. Rain postponed the festivities of the Big Dig the first night. On opening night, the toilets of the Pyramid overflowed at the Judds’ concert… There was even a fake bomb scare in the Pyramid, pre-911,” the report claims.

A blog also correlates the flooding issue, monetary failures and mounting debt, city & county officials who believe the place was cursed… even deaths. Under a header dubbed “Flush And Flood,” the blog Smart City Memphis writes: “Although arena officials had been referring to opening night as their “baptism by fire,” because of the rushed opening, it was a more traditional baptism – by water. When the packed house stormed the restrooms and flushed the toilets at the same time, it was too much for the city sewer transfer station, which flooded the arena floor with water of varying degrees of sanitation, giving birth to the so-called Pyramid test now conducted in all new arenas.”

Under “Death By Pyramid,” Smart City Memphis reports that “More than once, it was muttered that the building was cursed, particularly after someone fell to his death from the rigging and a gunman holed up in the ground floor.”

So while all of that is wild indeed, is any of it “slanderous”? If so, take issue please with the source of these reports, not Alex’s larger synthesis of case after case of bizarre and cryptic behavior by the elites. Memphis’ Great American Pyramid was just a pit stop on the road back from exposing the elusive Bilderberg group, and the pyramid’s occultic controversies are likewise just another case example among mountains of evidence, whatever one wants to make of it.

Later in the report, selective editing in WMC-TV’s piece even distorts Alex’s attempt to explain how the takeover by the Bass Pro Shop is emblematic of the popularity of hunting, fishing, the 2nd amendment and the ‘good ol’ boy’ Americana mentality.

“You failed! Your devil worship failed! The hillbillies, the country boys can survive, the John Deere hat wins. You lose, we win, your big devil palace is falling down!” said Jones in the video.

Instead, WMC-TV makes Alex’s statement seem like a random non-sequitur before appearing to correct him by pointing out the plans for the Bass Pro Shop– as example of the pyramid’s triumph.

Below is Alex’s original You Tube video, judge for yourself who was misleading or even “slanderous.” Andrew W. Griffin of the Red Dirt Report also gives his analysis here.

Devil Pyramid Rotting in Memphis
Alex Jones reports on the failing tourist attraction admittedly set up by occultists John & Isaac Tigrett. Long after the crystal skulls and other sacraments hidden inside were exposed, the ‘cursed’ pyramid is once again revamping, now as a Bass Pro Shop.