The results of a classified Defense Intelligence Agency report indicate that “North Korea now has nuclear weapons capable of delivery by ballistic missiles.”

That was the bombshell out of a House Armed Services Committee hearing Thursday.

It came when Rep. Doug Lamborn (R) of Colorado began quoting from what he said was an unclassified version of the DIA report, which has not yet been made public.

Chairman of the Joint Chiefs of Staff Gen. Martin Dempsey, the nation’s top military officer, appeared caught off-guard. The Pentagon has in recent days sought to strike a balance between words of warning to the North and attempts to calm the situation. General Dempsey’s reaction suggested that he was not pleased to have the DIA assessment made public, as it could further stoke anxieties over what is already a enormously tense international standoff.

Representative Lamborn read from the report toward the end of a defense budget hearing.

“They say, ‘DIA assess with moderate confidence the North currently has nuclear weapons capable of delivery by ballistic missiles. However, the reliability will be low.’ General, would you agree with that assessment by DIA?” he asked

“I can’t touch that one,” Dempsey answered.

The problem was that the report hasn’t been released, he said. “Some of it’s classified, some of it’s unclassified.”

Lamborn tried asking the question again, heedless of the sensitivity of the topic. “This is public; this is unclassified, so I can make it public.”

“And your question is do I agree with the DIA’s assessment?” Dempsey repeated.

“Well,” Dempsey answered, “You said it’s not publicly released, so I choose not to comment on it.”

Only a day ago, Dempsey told reporters during a Pentagon briefing that “the proximity of the North Koreans to achieving a miniaturization of a nuclear device on a ballistic missile … is a classified matter.”

If North Korea does have nuclear-armed missiles, it could strike South Korea, Japan, or US forces in Japan. It could perhaps also hit Guam, but Hawaii and the mainland US are out of the North’s missile range, according to US intelligence estimates.

North Korea is expected to launch a missile soon as a show of defiance against the West. The administration said Thursday there is no indication that the missiles readied for launch are nuclear-armed, media reports said.

The exchange between Lamborn and Dempsey was not the only enlightening information about North Korea to emerge from Capitol HIll Thursday. At a different hearing, senior US intelligence officials were sharing some of the most telling details yet to emerge about the personality and motivations of the North’s new young leader, Kim Jong-un.

hey speculated on what, precisely, Mr. Kim’s reasons might be for what has largely been seen as a reckless ratcheting up of tensions in the region – behavior, officials divulged, that appears to be exasperating even Kim’s closest ally, China.

It seems, for starters, that Kim does not have a great deal of emotional intelligence, US officials indicated during testimony before the House Intelligence Committee.

“Unlike his father, I think he’s underestimating the Chinese frustration with him and their discomfiture with his behavior,” said James Clapper, the director of national intelligence.

“He impresses me as impetuous – not as inhibited as his father became about taking aggressive action,” he added. “The pattern with his father was to be provocative and then to sort of back off. We haven’t seen that yet with Kim.”

Kim spent his period of grieving for his father – “to the extent that he had [a grieving period],” Mr. Clapper observed – with officials from North Korea’s military and security services.

“So, clearly they have influenced him” in some of his aggressive posturing of late.

But though his father has passed away, family does continue to influence him, often for the better. “I do think that his uncle and his aunt do have some tempering influence on him,” Clapper said.

So, too, does the time he spent in the West, attending school in Switzerland.

“I found it very interesting that the minister of economics that he just appointed was someone who was purged in 2007 for apparently being too capitalist-minded,” he added. “So clearly he does recognize, since he’s spent time in the West … that economically North Korea is in an extremis situation. So it will be interesting to see how this plays out – if the new economics minister avoids another purge.”

As far as Kim’s intentions regarding his bellicose actions? “I think his primary objective is to consolidate, affirm his power. And much of the rhetoric – in fact, all of the belligerent rhetoric of late, I think – is designed for both an internal and an external audience,” Clapper added. “But I think first and foremost it’s to show that he is firmly in control in North Korea.”

So, does Kim have an endgame in mind, one lawmaker wanted to know.

“I don’t think, really, he has much of an endgame other than to somehow elicit recognition from the world – and specifically, most importantly, the United States – of North Korea as a rival on an international scene, as a nuclear power, and that entitles him to negotiation and to accommodation and, presumably, for aid,” Clapper said.

The bottom line is that “Kim Jong-un has not been in power all that long, so we don’t have an extended track record for him like we did with his father and grandfather,” said John Brennan, director of the Central Intelligence Agency, who also testified before the committee.

“And that’s why we are watching this very closely to see whether or not what he is doing is consistent with past patterns of North Korean behavior.”

What does seem clear, officials told lawmakers, is that Kim does not appear to have the restraint his father had.

“Clearly, he’s off-pattern with his father,” Rep. Mike Rogers (R) of Michigan, the chairman of the House Intelligence Committee, observed. “Even folks who specialize in the region say this: ‘If you’re ever going to be concerned, this is the time to be concerned.’ I’m just curious as to your assessment.”

By JONATHAN WEISMAN And DAMIAN PALETTA

WASHINGTON—President Barack Obama’s budget proposal is expected to give states a way to collect more payroll taxes from businesses, in an effort to replenish the unemployment-insurance program. The plan could cause controversy at a time when the administration is seeking to mend fences with corporate America.

The proposal would aim to restock strained state unemployment-insurance trust funds by raising the amount of wages on which companies must pay unemployment taxes to $15,000, more than double the $7,000 in place since 1983.

The plan, which would take effect in 2014, could increase payroll taxes by as much as $100 billion over a decade, according to a person involved in its construction.

By proposing to enlarge the pool of wages subject to unemployment taxes, the White House appears to be offering states a more politically palatable way to raise revenues than to boost tax rates. States could keep the tax rates they have, or even lower them somewhat, and still raise considerably more revenue than they are raising.

To avoid hitting businesses with a tax increase during the economic recovery, the proposal would delay the new rules until 2014. The plan is expected to be included in Mr. Obama’s budget proposal for fiscal 2012, to be released Monday.

Any proposal would need congressional approval.

State governments have had to borrow heavily from the federal government to cover the jobless benefits they provide. States are responsible for the first 26 weeks of benefits, and many have seen their reserve funds wiped out.

The proposal comes as the White House is trying to improve relations with business groups while also pushing them for financial help to shore up the unemployment insurance system, drained by prolonged high joblessness.

Republican aides on Capitol Hill reacted warily. Increasing levies on businesses in the next few years could hit a wall of opposition among Republicans, said one senior G.O.P. tax aide in the Senate. Mr. Obama delivered a speech on Monday to the U.S. Chamber of Commerce, trying to repair frayed relations with business and offering areas of possible cooperation. 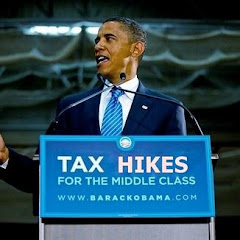 —Sara Murray contributed to this article.