Blacks were the group most likely to be the targets of race-based hate crimes, according to a new federal report.

“Almost a fourth of our 2010 civil rights caseload involved crimes motivated by a particular bias against the victim,” said Eric Thomas, the bureau’s civil rights chief in Washington. “We frequently worked these cases with state and local law enforcement to ensure that justice was done–whether at the state level or at the federal level.”

The FBI said that because of the James Byrd, Jr. Hate Crime Prevention Act, the bureau is making some changes to collect more information for bias crimes against a particular gender or gender identity and for crimes in which juveniles are targets. The law, which was signed by President Obama in 2009 and was meant to bolster and expand existing hate crimes laws. It is named after two of the most high profile victims of hate crimes in recent memory. Shepard was a college student who died in 1998 after being tortured and tied to a fence for being gay. That same year, Byrd, a black man in rural Texas was killed after being dragged behind a pickup truck for miles by a group of white supremacists. At the time of their killings, there were no hate crime laws in many states.


Video ,Deryl Dedmon Leaves The Courtroom In Jackson , Miss. , Pool) , Sept. 30 , After Entering a “Not Guilty” Plea Before Hinds County Circuit Judge Jeff Weill , Friday , On a Capital Murder Indictment. Dedmon Is Charged With Running Down James Craig Anderson On June 26 With a Pickup In What Authorities Say Was a Hate Crime.

The report, “Roundup and birth defects: Is the public being kept in the dark?” found regulators knew as long ago as 1980 that glyphosate, the chemical on which Roundup is based, can cause birth defects in laboratory animals.

But despite such warnings, and although the European Commission has known that glyphosate causes malformations since at least 2002, the information was not made public.

Instead regulators misled the public about glyphosate’s safety, according to the report, and as recently as last year, the German Federal Office for Consumer Protection and Food Safety, the German government body dealing with the glyphosate review, told the European Commission that there was no evidence glyphosate causes birth defects.

Published by Earth Open Source, an organization that uses open source collaboration to advance sustainable food production, the report comes months after researchers found that genetically-modified crops used in conjunction Roundup contain a pathogen that may cause animal miscarriages. After observing the newly discovered organism back in February, Don Huber, an emeritus professor at Purdue University, wrote an open letter to Secretary of Agriculture Tom Vilsack requesting a moratorium on deregulating crops genetically altered to be immune to Roundup, which are commonly called Roundup Ready crops.

In the letter, Huber also commented on the herbicide itself, saying: “It is well-documented that glyphosate promotes soil pathogens and is already implicated with the increase of more than 40 plant diseases; it dismantles plant defenses by chelating vital nutrients; and it reduces the bioavailability of nutrients in feed, which in turn can cause animal disorders.”

Although glyphosate was originally due to be reviewed in 2012, the Commission decided late last year not to bring the review forward, instead delaying it until 2015. The chemical will not be reviewed under more stringent, up-to-date standards until 2030.

“Our examination of the evidence leads us to the conclusion that the current approval of glyphosate and Roundup is deeply flawed and unreliable,” wrote the report authors in their conclusion. “What is more, we have learned from experts familiar with pesticide assessments and approvals that the case of glyphosate is not unusual.

“They say that the approvals of numerous pesticides rest on data and risk assessments that are just as scientifically flawed, if not more so,” the authors added. “This is all the more reason why the Commission must urgently review glyphosate and other pesticides according to the most rigorous and up-to-date standards.”

(PECAN) Furthermore, this is the reason why we cannot allow corporations to define the rules they play by. The farmer knows to never let the fox into the hen house, now we need teach Congress. 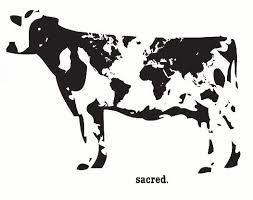