Ron Paul’s opinions about cutting the budget are well-known, but on Monday, he’ll get specific: the Texas congressman will lay out a budget blueprint for deep and far-reaching cuts to federal spending, including the elimination of five cabinet-level departments and the drawdown of American troops fighting overseas.

There will even be a symbolic readjustment of the president’s own salary to put it in line with the average American salary.

During an afternoon speech in Las Vegas ahead of Tuesday’s debate, Paul will say that his plan for $1 trillion in cuts will create a balanced federal budget by the third year of his presidency.

“Dr. Paul is the only candidate with a plan to cut spending and truly balance the budget,” says an executive summary of the plan, which POLITICO obtained, along with detailed spending and taxation levels, ahead of its release. “This is the only plan that will deliver what America needs in these difficult times: Major regulatory relief, large spending cuts, sound monetary policy, and a balanced budget.”

Many of the ideas are familiar from Paul’s staunch libertarianism, as well as tea party favorites like eliminating the departments of education and energy. But Paul goes further: he’ll propose immediately freezing spending by numerous government agencies at 2006 levels, the last time Republicans had complete control of the federal budget, and drastically reducing spending elsewhere. The EPA would see a 30 percent cut, the Food and Drug Administration would see one of 40 percent and foreign aid would be zeroed out immediately. He’d also take an ax to Pentagon funding for wars. 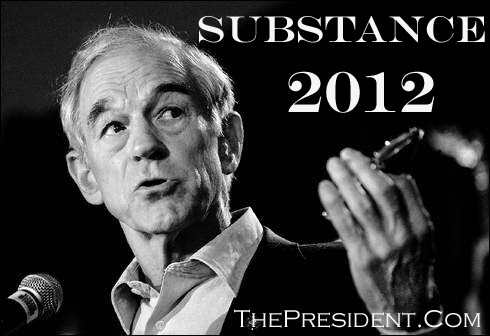 Medicaid, the children’s health insurance program, food stamps, family support programs and the children’s nutrition program would all be block-granted to the states and removed from the mandatory spending column of the federal budget. Some functions of eliminated departments, such as Pell Grants, would be continued elsewhere in the federal bureaucracy.

And in a noticeable nod to seniors during an election year when Social Security’s become an issue within the Republican primary, the campaign says that plan “honors our promise to our seniors and veterans, while allowing young workers to opt out.”

The federal workforce would be reduced by 10 percent, and the president’s pay would be cut to $39,336 — a level that the Paul document notes is “approximately equal to the median personal income of the American worker.”

And like the rest of his GOP rivals, Paul would repeal President Barack Obama’s health care reform law, along with the Dodd-Frank financial regulatory reform law enacted last year. Paul, a longtime Federal Reserve critic, would also push a full audit of the central bank, as well as legislation to “strengthen the dollar and stabilize inflation.”