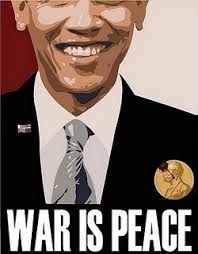 WASHINGTON — President Obama is sending about 100 U.S. troops to central Africa to help local forces battle the Lord’s Resistance Army, a rebel group that the administration says has waged a campaign of murder, rape and kidnapping for more than two decades.

Obama said Friday the troops will act as advisers in efforts to hunt down rebel leader Joseph Kony but will not engage in combat except in self-defense, according to a letter to Congress that was obtained by Fox News.

The White House says the first troops arrived in Uganda on Wednesday. Ultimately, they will also deploy in South Sudan, the Central African Republic and Congo.

A senior administration official downplayed the notion that the armed troops could be drawn into a hostile, combat situation, saying the move was sparked by Congress passing a law year urging the administration to do something to crack down on the Lord’s Resistance Army.

Long considered one of Africa’s most brutal rebel groups, the Lord’s Resistance Army began its attacks in Uganda more than 20 years ago but has been pushing westward.

The administration and human rights groups say its atrocities have left thousands dead and have put as many as 300,000 Africans to flight. They have charged the group with seizing children to bolster its ranks of soldiers and sometimes forcing them to become sex slaves.

Kony is wanted by the International Criminal Court under a 2005 warrant for crimes against humanity in his native Uganda.

Obama’s announcement came in low-key fashion — a letter to the leader of the House, Speaker John Boehner, in which he said the deployment “furthers U.S. national security interests and foreign policy and will be a significant contribution toward counter-LRA efforts in central Africa.”

The deployment drew support from Sen. James Inhofe, a Republican who has visited the region.

“I have witnessed firsthand the devastation caused by the LRA, and this will help end Kony’s heinous acts that have created a human rights crisis in Africa,” he said in a statement. “I have been fervently involved in trying to prevent further abductions and murders of Ugandan children, and today’s action offers hope that the end of the LRA is in sight.”

But Obama’s letter stressed the limited nature of the deployment.

“Our forces will provide information, advice and assistance to select partner nation forces,” it said. “Although the U.S. forces are combat-equipped, they will … not themselves engage LRA forces unless necessary for self-defense.” 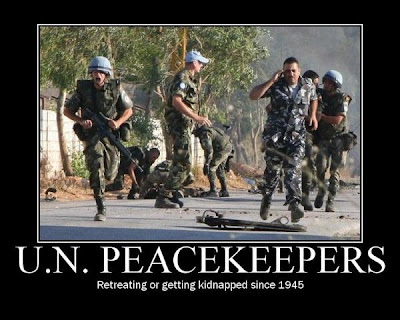 The troops deployed to central Africa will be mostly U.S. special operations forces. It’s likely many of these forces will be Army Green Berets, one military official told Fox News, but it’s unlikely that will be announced publicly.

Since 2008, the U.S. has provided $33 million to regional forces battling LRA, according to the Pentagon.

The Pentagon said the special operation forces are performing one of their core missions.

“Our intention is to provide the right balance of strategic and tactical experience to supplement host nation military efforts,” the Pentagon said. “Ultimately, Africans are responsible for African security, but we remain committed to our partners to enable their efforts to provide for their own security.”

US troops may stay in Afghanistan until 2024

The agreement would allow not only military trainers to stay to build up the Afghan army and police, but also American special forces soldiers and air power to remain.

The prospect of such a deal has already been met with anger among Afghanistan’s neighbours including, publicly, Iran and, privately, Pakistan.

It also risks being rejected by the Taliban and derailing any attempt to coax them to the negotiating table, according to one senior member of Hamid Karzai’s peace council.

A withdrawal of American troops has already begun following an agreement to hand over security for the country to Kabul by the end of 2014.

But Afghans wary of being abandoned are keen to lock America into a longer partnership after the deadline. Many analysts also believe the American military would like to retain a presence close to Pakistan, Iran and China.

Both Afghan and American officials said that they hoped to sign the pact before the Bonn Conference on Afghanistan in December. Barack Obama and Hamid Karzai agreed last week to escalate the negotiations and their national security advisers will meet in Washington in September.

Rangin Dadfar Spanta, Mr Karzai’s top security adviser, told The Daily Telegraph that “remarkable progress” had been made. US officials have said they would be disappointed if a deal could not be reached by December and that the majority of small print had been agreed.

Dr Spanta said a longer-term presence was crucial not only to build Afghan forces, but also to fight terrorism.

“If [the Americans] provide us weapons and equipment, they need facilities to bring that equipment,” he said. “If they train our police and soldiers, then those trainers will not be 10 or 20, they will be thousands.

Afghan forces would still need support from US fighter aircraft and helicopters, he predicted. In the past, Washington officials have estimated a total of 25,000 troops may be needed.

Dr Spanta added: “In the Afghan proposal we are talking about 10 years from 2014, but this is under discussion.” America would not be granted its own bases, and would be a guest on Afghan bases, he said. Pakistan and Iran were also deeply opposed to the deal.

Andrey Avetisyan, Russian ambassador to Kabul, said: “Afghanistan needs many other things apart from the permanent military presence of some countries. It needs economic help and it needs peace. Military bases are not a tool for peace.

“I don’t understand why such bases are needed. If the job is done, if terrorism is defeated and peace and stability is brought back, then why would you need bases?

“If the job is not done, then several thousand troops, even special forces, will not be able to do the job that 150,000 troops couldn’t do. It is not possible.”

A complete withdrawal of foreign troops has been a precondition for any Taliban negotiations with Mr Karzai’s government and the deal would wreck the currently distant prospect of a negotiated peace, Mr Avetisyan said.

Abdul Hakim Mujahid, deputy leader of the peace council set up by Mr Karzai to seek a settlement, said he suspected the Taliban had intensified their insurgency in response to the prospect of the pact. “They want to put pressure on the world community and Afghan government,” he said.

AMERICA! What we need is a an end to the War On Terror and need to fight the War on War!