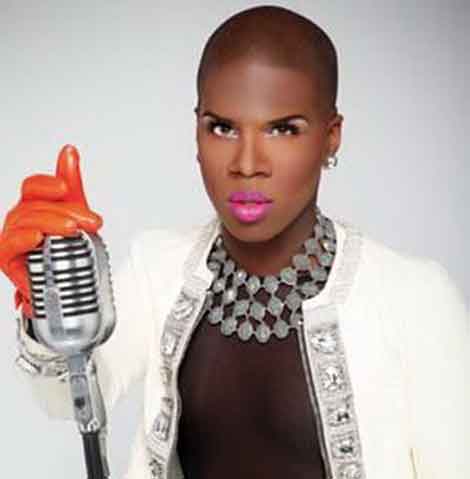 MEDFORD (CBS) – Schools across Massachusetts are facing new guidelines regarding students and gender identity. “I had all of these problems and everyone kept telling me that they couldn’t help me,” said Logan Ferarro, now on staff at BAGLY, Inc., The Boston Alliance of Gay, Bisexual & Transgender Youth. Logan transitioned from female to male as a senior in High School in Wilmington.

Last summer, Logan and other supporters applauded a change in state law which added nondiscrimination in schools based on gender identity. That led to a recent memo from Commissioner of Education Mitchell Chester offering guidance on what the changes mean. In it, schools are required to accept the gender a student recognizes as their own including bathroom and locker room access.

“We wanted to come up with something that would best address their needs and their safety needs and affirming their identities,” said Grace Sterling Stowell, BAGLY, Inc.’s Executive Director and a transgender woman. She attended meetings on the changes last year. “It is important to make sure that the message here is that we are trying to do what’s best for transgendered students who themselves are the most unsafe and the ones who are most at risk,” she said.

“I think there is a big difference between safety and comfort and safety needs to be the priority,” she said of people who might be uncomfortable with a male student who identifies as a female using the female restroom.

In Medford, School Committee members received an update on implementation at Monday night’s meeting. “We want to provide equal access to every student,” Superintendent Roy Belson told WBZ. “We want to make sure that every student is comfortable and right now after our preliminary discussions we believe we can do that.”

Medford is looking to change some restrooms to unisex and possibly convert storage space at Medford High School into an additional locker or changing room. Staff will get training and leaders continue consulting with members of the school’s gay/straight alliance.

“I got a reasonable good amount of phone calls pro and con,” said Medford Selectman Robert Penta, after he brought up concerns over the changes at last week’s Board of Selectman meeting. He thinks the guidelines are a misrepresentation of state law and will once again address the issue at a meeting Tuesday night.

In the meantime, Logan Ferarro and BAGLY hope schools will reach out to them if they need guidance. “The problems this could cause are so minute compared to the unimaginable good that this could give to our youth,” Ferarro said.

– A Democratic representative is calling for an amendment to the United States Constitution that would allow for some legislative restriction of freedom of speech.

“We need a constitutional amendment that would allow the legislature to control the so-called free speech rights of corporations,” Rep. Hank Johnson (D-GA) was quoted as saying by CNS News.

He reportedly made these comments while speaking at the Annesbrooks HOA candidate Forum held last month.

In a video obtained by the website, Johnson asserts that “corporations control … patterns of thinking.”

“They control the media. They control the messages that you get,” he added. “And these folks … are setting up a scenario where they’re privatizing every aspect of our lives as we know it. So, wake up! Wake up! Let’s look at what’s happening.”

Corporations and unions are protected under the First Amendment of the Constitution because of the ruling in “Citizens United v. Federal Election Commission,” which found that a state law prohibiting corporations from making political campaign contributions using their treasury funds was unconstitutional.

The ruling additionally stated that the spending was a form of political speech that is protected by the First Amendment, according to the official blog of the Supreme Court of the United States.

“These corporations, along with the people they support, other millionaires who they’re putting into office, are stealing your government,” Johnson was quoted as saying by CNS News. “They’re stealing the government and the U.S. Supreme Court was a big enabler with the Citizens United case.”