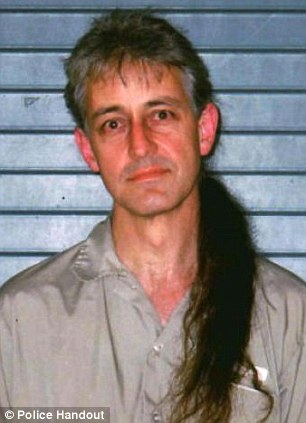 How unpopular can Obama get? Texas INMATE gets 40 per cent of votes against President in West Virginia primary

Just how unpopular is President Obama in some parts of the country? Enough that a man in a Texas prison received four out of 10 votes in West Virginia’s Democratic presidential primary.

Inmate Keith Judd, 53, is serving 17 years for extortion at the Beaumont Federal Correctional Institution. He was sentenced in 1999 for making threats against the University of New Mexico and is due to be released on June 24 next year.

With 93 per cent of precincts reporting, Obama was receiving just under 60 per cent of the vote to Judd’s 40 per cent.

Correctional Institution in Texas, received around 40% of votes in West Virginia’s primary, coming a close second to President Obama

For some West Virginia Democrats, simply running against Obama is enough to get Judd – or Inmate Number 11593-051 – votes.

‘I voted against Obama,’ said Ronnie Brown, a 43-year-old electrician from Cross Lanes who called himself a conservative Democrat.

‘I don’t like him. He didn’t carry the state before and I’m not going to let him carry it again.’

When asked which presidential candidate he voted for, Brown said: ‘That guy out of Texas.’

Judd was able to get on the state ballot by paying a $2,500 fee and filing a form known as a notarized certification of announcement, said Jake Glance, a spokesman for the Secretary of State’s office.

According to the Charleston Gazette, Judd circulated his political standpoints to local media. These include opposing national health care reform on the grounds that it violates the 10th Amendment.

He also cites the U.S. Constitution, saying that incarcerated felons should not be disqualified from voting.

Judd is housed at the Federal Correctional Institution (FCI) in Texarkana, a low-security facility for male prisoners. It is located in northeast Texas near the Arkansas border, 175 miles east of Dallas.

Attracting at least 15 per cent of the vote would normally qualify a candidate for a delegate to the Democratic National Convention.

But state Democratic Party Executive Director Derek Scarbro said no one has filed to be a delegate for Judd.

The state party also believes that Judd has failed to file paperwork required of presidential candidates, but officials continued to research the matter, Mr Scarbro said. There may also be issues because the man is an inmate in federal prison.

Voters in other conservative states showed their displeasure with Obama in Democratic primaries last March.

In Alabama, 18 per cent of Democratic voters chose ‘uncommitted’ in the primary rather than vote for Obama.

With the state the nation’s second-biggest producer of this fossil fuel, Governor Earl Ray Tomblin and Senator Joe Manchin – both Democrats have championed the industry – have declined to say whether they will support Obama in November.

Hillary Rodham Clinton beat Obama in the state’s 2008 primary, and he lost the state to Republican John McCain in the general election.

The latest state-by-state Gallup poll, released in January, found Obama with a 32.7 per cent approval rating in West Virginia.

The president had a lower approval rating only in Utah, Idaho, Oklahoma and Wyoming.

Presumed Republican presidential nominee Mitt Romney won West Virginia’s GOP primary on Tuesday with more than 69 per cent of the vote, with 93 per cent of precincts reporting. Rick Santorum followed with 12 per cent, while Ron Paul had 11 per cent.

Mr Brown, the Cross Lanes electrician, went to the polls on Tuesday with his 22-year-old daughter, Emily. She planned to vote for Judd too until she found out where Judd has been living.

‘I’m not voting for somebody who’s in prison,’ she said.

However she was certain about one thing: ‘I just want to vote against Barack Obama.’

Some analysts believe that a collapse of the EU will have a calamitous effect on the U.S. economy. But exactly how will that play out, that is, who will get hit the hardest?

Although every state would feel the effects of a possible EU collapse, as a halt of billions of dollars in exports to the EU could prove to be disastrous, analysts believe there are some states in particular that will bear the brunt of the burden.

As it turns out, Utah, South Carolina, Indiana, Alabama, Washington state, and West Virginia, all relying heavily on exported commodities, will most likely suffer the worst, according to a new study by Wells Fargo Securities.

“We don‘t think it’s enough to pull us into recession, but exports have been one of the lone bright spots in our economy,” said Mark Vitner, senior economist at Wells Fargo Securities who co-authored the report.

In Utah, which has an economy that relies on selling gold and silver produced in nearby states, European exports comprise 46 percent of all exports and 5.6 percent of the state’s economic output, according to the Wells Fargo report, writes the Post.

Or consider the case of South Carolina, an automobile manufacturing hub, where European exports make up 4.1 percent of the economy.

West Virginia’s economy is closely tied to the coal industry. Exports to Europe make up nearly 4 percent of the state’s GDP. So as Europe’s economy sinks, so too — the argument goes — will West Virginia’s GDP, reports the Global Post

Eight of the U.S.’s top 30 trade partners, according to the Department of Commerce, are European countries. However, some remain optimistic and maintain that a lower demand for exports would not necessarily plunge the U.S. deeper into recession, since exports account for just 11 percent of the U.S. economy, according to the World Bank.

“Slow growth in Europe has already restrained U.S. economic growth,” said Vitner, according to the Huffington Post. “U.S. economic growth would have been 2.5 percent in 2012 — in contrast to Wells Fargo’s current prediction of 2.1 percent — if the European economy was growing at a healthy pace.”

Although an absence of exported goods due to a collapse of the EU could prove harmful to the U.S. (and some states in particular), just think about the economic fallout for the banks.

In the word’s of Harvard historian, and as reported earlier on The Blaze, Niall Ferguson writes:

Europe’s problem is not just that governments are overborrowed. There are an unknown number of European banks that are effectively insolvent if their holdings of government bonds are “marked to market”—in other words, valued at their current rock-bottom market prices.

Because of the existence of our present global economy, some U.S. financial institutions will naturally be affected by the euro banks collapsing.

Consider the fact that some of the biggest U.S. banks have some sort of “exposure” to euro bonds and banks. If the euro banks become “effectively insolvent,” this will affect the U.S. banks that have investments in those bonds.

To put it plainly, things are not looking good.