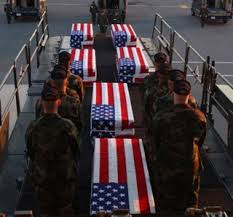 This weekend marked a new milestone for the war in Afghanistan: the total number of US troops killed in the war has doubled since President Obama took office, according to icasualties.org and our US Troops in Afghanistan: Obama vs Bush web counter. That means that two-thirds of the total US troop deaths have occurred in the last two years and eight months, which accounts for roughly a third of the duration of the war to date.

We’ve all heard the argument before: Bush ignored Afghanistan, Obama did what he promised by escalating the war, and since more troops means more deaths, we shouldn’t be surprised by the increased death rate.

Back in June, when US deaths in Afghanistan under Obama reached 1000, I wrote a piece about this argument. I’m not going to address it further here, because there are more pressing issues of concern than looking to the past.

Just weeks before US troop deaths under Obama hit 1000, the President announced his strategy for a troop drawdown in Afghanistan. In this speech, he outlined a proposal for removing 10,000 troops at the end of this summer, with 23,000 more following at the end of next summer. After that, troops will “continue coming home at a steady pace as Afghan security forces move into the lead. Our mission will change from combat to support. By 2014, this process of transition will be complete, and the Afghan people will be responsible for their own security.” What many Americans inferred from this passage was that all US troops will be out of Afghanistan by 2014. This is quite understandable, and was perhaps the intention of the passage. To say that, by 2014, “the transition will be complete” and “the Afghan people will be responsible for their own security” seems to suggest little or no role for the US military.

Unfortunately, this inference is invalid. The key statement here is that “our mission will change from combat to support.” It is this transition that will be completed by 2014 and not the transition out of Afghanistan. That means that there is still no deadline for the full withdrawal of US troops from Afghanistan.

Furthermore, if the Pentagon gets its way, it will be a long time before our military leaves Afghanistan. In August, the Telegraph reported that the Pentagon was in negotiations with the Afghan government to leave 25,000 US troops in Afghanistan until at least 2024. Just to give you a little context: there were 25,000 US troops in Afghanistan in 2007. So, a drawdown to 25,000 troops by 2014 would merely be a return to 2007 troop levels. Funny thing that a support mission would require just as many troops as a combat mission!

But perhaps you’re thinking that the support troops will have a different role than the combat troops.

Former Secretary of Defense Robert Gates had something to say about that. When asked what the difference is between combat and non-combat troops, Gates said that non-combat troops have a “combat capability” and will engage in “targeted counterterrorism operations.” Which prompts the question: how, again, are non-combat troops different than combat troops?

This is unacceptable. A recent CBS poll indicates that two-thirds of Americans support ending the war in Afghanistan within the next two years. If Americans knew that the war isn’t coming to an end in 2014, if they knew how insufficient the proposed US withdrawal really is, I think that they’d be angry. I think they’d be angry enough to do something.

That’s why we created a new site, countdowntodrawdown.org. Here, we plan to track the US withdrawal from Afghanistan, to educate Americans about the lack of a timetable for full withdrawal, and to mobilize Americans to demand an end to this war. You’ll find a counter tracking the number of US troops still in Afghanistan, 10 facts about the US withdrawal, and a petition to President Obama.

Mark this grim milestone in the war by sharing this information with your friends and neighbors. With the Occupy protest movement gaining steam, and demands for ending the wars receiving more attention than they have in a while, this is the moment to make sure people know the reality of the situation we face so they can fight even harder and more effectively against it.

What would it look like if our leaders had lost control?

What would it look like if our leaders had lost control? What would be the signs? Here’s a list of...