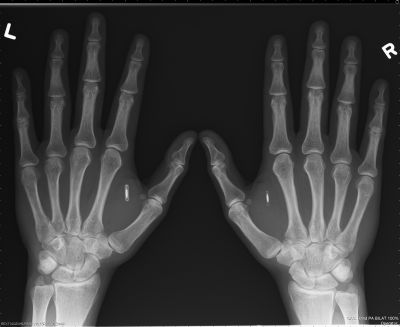 According to a former 31-year IBM employee, the highly-publicized, mandatory switch from analog to digital television is mainly being done to free up analog frequencies and make room for scanners used to read implantable RFID microchipsand track people and products throughout the world.

So while the American people, especially those in Texas and other busy border states, have been inundated lately with news reports advising them to hurry and get their expensive passports, “enhanced driver’s licenses,” passport cards and other “chipped” or otherwise trackable identification devices that they are being forced to own, this digital television/RFID connection has been hidden, according to Patrick Redmond.

Redmond, a Canadian, held a variety of jobs at IBM before retiring, including working in the company’s Toronto lab from 1992 to 2007, then in sales support. He has given talks, written a book and produced a DVD on the aggressive, growing use of passive, semi-passive and active RFID chips (Radio Frequency Identification Devices) implanted in new clothing, in items such as Gillette Fusion blades, and in countless other products that become one’s personal belongings. These RFID chips, many of which are as small, or smaller, than the tip of a sharp pencil, also are embedded in all new U.S. passports, some medical cards, a growing number of credit and debit cards and so on. More than two billion of them were sold in 2007.

Whether active, semi-passive or passive, these “transponder chips,” as they’re sometimes called, can be accessed or activated with “readers” that can pick up the unique signal given off by each chip and glean information from it on the identity and whereabouts of the product or person, depending on design and circumstances, as Redmond explained in a little-publicized lecture in Canada last year. AFP just obtained a DVD of his talk.

Noted “Spychips” expert, author and radio host Katherine Albrecht told AMERICAN FREE PRESS that while she’s not totally sure whether there is a rock-solid RFID-DTV link, “The purpose of the switch [to digital] was to free up bandwidth. It’s a pretty wide band, so freeing that up creates a huge swath of frequencies.”

As is generally known, the active chips have an internal power source and antenna; these particular chips emit a constant signal. “This allows the tag to send signals back to the reader, so if I have a RFID chip on me and it has a battery, I can just send a signal to a reader wherever it is,” Redmond stated in the recent lecture, given to the Catholic patriot group known as the Pilgrims of Saint Michael, which also is known for advocating social credit, a dramatic monetary reform plan to end the practice of national governments bringing money into existence by borrowing it, with interest, from private central banks. The group’s publication The Michael Journal advocates having national governments create their own money interest-free. It also covers the RFID issue.

“The increased use of RFID chips is going to require the increased use of the UBF [UHF] spectrum,” Redmond said, hitting on his essential point that TV is going digital for a much different reason than the average person assumes, “They are going to stop using the [UHF] and VHF frequencies in 2009. Everything is going to go digital (in the U.S.). Canada is going to do the same thing.”

Explaining the unsettling crux of the matter, he continued: “The reason they are doing this is that the [UHF-VHF] analog frequencies are being used for the chips. They do not want to overload the chips with television signals, so the chips’ signals are going to be taking those [analog] frequencies. They plan to sell the frequencies to private companies and other groups who will use them to monitor the chips.”

Albrecht responded to that quote only by saying that it sounds plausible, since she knows some chips will indeed operate in the UHF-VHF ranges.

“Well over a million pets have been chipped,” Redmond said, adding that all 31,000 police officers in London have in some manner been chipped as well, much to the consternation of some who want that morning donut without being tracked. London also can link a RFID chip in a public transportation pass with the customer’s name. “Where is John Smith? Oh, he is on subway car 32,” Redmond said.

He added that chips for following automobile drivers – while the concept is being fought by several states in the U.S. which do not want nationalized, trackable driver’s licenses (Real ID ) – is apparently a slam dunk in Canada, where license plates have quietly been chipped. Such identification tags can contain work history, education, religion, ethnicity, reproductive history and much more.

Farm animals are increasingly being chipped; furthermore, “Some 800 hospitals in the U.S. are now chipping their patients; you can turn it down, but it’s available,” he said, adding: “Four hospitals in Puerto Rico have put them in the arms of Alzheimer’s patients, and it only costs about $200 per person.”

VeriChip, a major chip maker (the devices sometimes also are called Spychips) describes its product on its website: “About twice the length of a grain of rice, the device is typically implanted above the triceps area of an individual’s right arm. Once scanned at the proper frequency, the VeriChip responds with a unique 16 digit number which could be then linked with information about the user held on a database for identity verification, medical records access and other uses. The insertion procedure is performed under local anesthetic in a physician’s office and once inserted, is invisible to the naked eye. As an implanted device used for identification by a third party, it has generated controversy and debate.”

The circles will keep widening, Redmond predicts. Chipping children “to be able to protect them,” Redmond said, “is being promoted in the media.” After that, he believes it will come to: chip the military, chip welfare cheats, chip criminals, chip workers who are goofing off, chip pensioners – and then chip everyone else under whatever rationale is cited by government and highly-protected corporations that stand to make billions of dollars from this technology. Meanwhile, the concept is marketed by a corporate media that, far from being a watchdog of the surveillance state, is part of it, much like the media give free publicity to human vaccination programs without critical analysis on possible dangers and side effects of the vaccines.

“Nigel Gilbert of the Royal Academy of Engineering said that by 2011 you should be able to go on Google and find out where someone is at anytime from chips on clothing, in cars, in cellphones and inside many people themselves,” Redmond also said.

One thought on “What is your line in the sand?”