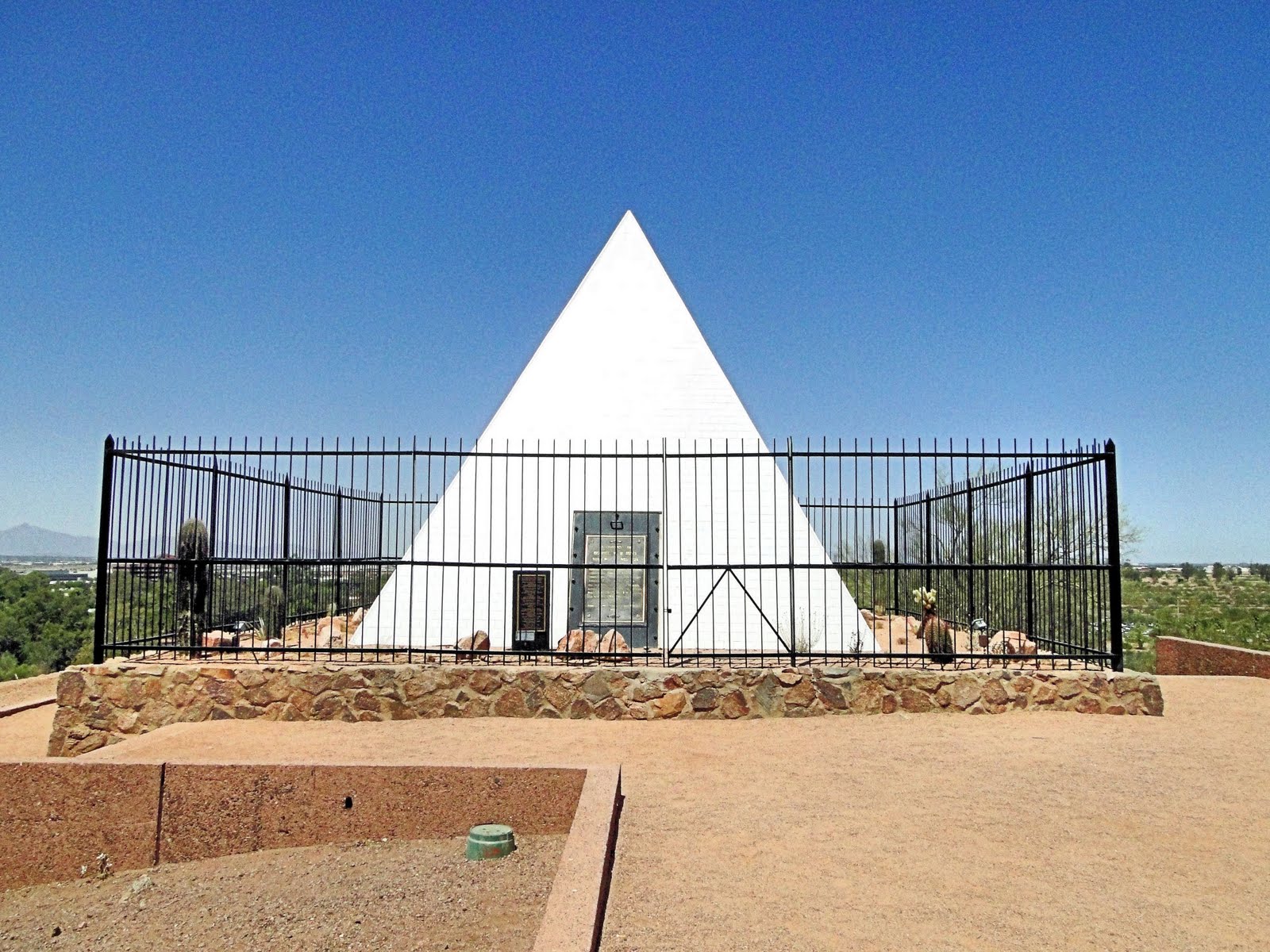 What exactly is a pyramid doing there? Well, it represents an important part of Arizona’s history. It’s the tomb of Arizona’s first governor, George W.P. Hunt.

Hunt became Arizona’s governor in 1912. He was elected for seven terms, which ended in 1933. During his terms, Hunt supported things like women’s suffrage, the abolishment of capital punishment and secret ballots. He was also a strong proponent in making sure Arizona got its share of the Colorado River water.

After a visit to Egypt, he and his wife became fascinated with its pyramids. This fascination led him to ask Congress for permission to build a pyramid tomb in Phoenix. He wanted to build it in Papago Saguaro National Monument, better know today as Phoenix’s Papago Park. The tomb was to be used as a final resting place for his wife, Helen, who died in 1931. Congress granted Hunt permission.

One of Hunt’s last wishes when he died was, “…in my last sleep I want to be buried that I may in my spirit overlook this splendid valley.” And as anyone who’s visited the pyramid knows, the view from the tomb indeed allows one to overlook the vast Phoenix valley.

Mahmoud Ahmadinejad has accused the West of deliberately destroying rain clouds headed for Iran in a concerted effort to plunge...