Will Financial Problems In Portugal Cause The European Debt Crisis To Spiral Out Of Control?

Most Americans have no idea just how bad the financial problems over in Europe are right now. The truth is that the entire European financial system is teetering on the brink of disaster. Ireland and Greece have already received bailouts and Portugal, Spain, Italy, France and Belgium are all drowning in an ocean of unsustainable debt. Sovereign credit ratings all over Europe have being slashed in recent months. For example, a while back Moody’s Investors Service cut Ireland’s bond rating by five levels. Up until now Europe has weathered all of this financial instability fairly well, but now huge new financial problems in Portugal threaten to send the European debt crisis spinning out of control. 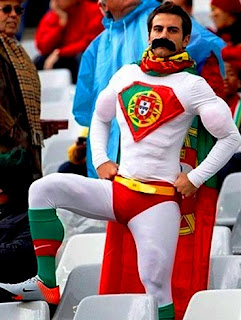 The Prime Minister of Portugal, Jose Socrates, resigned on Wednesdayafter the major opposition parties banded together to vote down the austerity measures that he was requesting. The package of budget cuts and tax increases was intended to get Portugal’s horrible debt crisis under control. Prior to the vote, the prime minister warned that he would no longer be able to run the country if the austerity package was not passed.

Now there are all kinds of questions about what is going to happen to Portugal. At this point most financial authorities in Europe seem to be assuming that Portugal is going to need a bailout.

Without a bailout, it seems almost certain that Portugal will default.

Interest rates on Portuguese government debt have risen to unsustainable levels. The yield on 10-year Portuguese bonds hit 7.78%on Friday. That was the highest it has been since Portugal joined the euro.

Authorities in Portugal are publicly saying that they simply cannot afford to pay that kind of interest. Unfortunately for them, it appears that Portugal is going to be forced to issue more bonds by June at the very latest.

So how much would a bailout of Portugal cost?

Well, according to one estimate, it would probably be in the neighborhood of $70 billion euros ($99 Billion Dollars).

That isn’t going to sink Europe.

However, the concern is that the crisis in Portugal could have a domino effect. There is increasing worry in Europe that Portugal’s neighbor, Spain, could also need a bailout. But a bailout of Spain would potentially be so large that it would cause a financial nightmare for Europe.

The following is how a recent article in the Wall Street Journal sized up the problem….

Portugal’s admission that it will probably need a financial bailout raises a question that will shape the outcome of the euro zone’s debt crisis: Is Spain next? The cost of saving Spain, a €1.1 trillion ($1.56 trillion) economy, would dwarf previous bailouts and could test the financial strength of Europe as a whole.

The truth is that the rest of Europe simply does not have the kind of financial muscle necessary to continue putting together huge bailouts indefinitely. If Spain does go down, it is going to put a massive amount of strain on the rest of the continent.

There are other financial problems simmering in Europe right now as well.

According to a recent Business Insiderarticle, the financial problems in Ireland are also creating a lot of concern at the moment….

Ireland’s banks are likely to need another $39 billion in support, which would use up 80% of its current bailout funds.

Ireland is a financial basket case right about now. Confidence in Irish debt is rapidly evaporating. In fact, the yield on 10-year Irish bonds recently hit 10.12%.

But that is nothing compared to what Greece is being forced to pay.

The yield on 10-year Greek bonds recently reached an astounding 12.58%.

There are persistent rumors that Greece is going to need yet another bailout. The truth is that Germany and the other European nations that are coming up with the cash for these bailouts are just pouring their money into financial black holes.

Nations like Greece and Ireland are just money pits at this point.

As I have written about previously, the financial collapse of Europe has basically become inevitable. The EU can keep coming up with bailout plan after bailout plan, but they are only putting off the crash for a while.

Eventually a point will come when all of the balls simply cannot be kept up in the air anymore.

So what is going to happen once that point is reached?

Well, many believe that we could actually see the end of the euro and potentially even the break up of the European Union.

Of course top politicians in Europe will fight tooth and nail to keep that from happening, but the truth is that at some point we are going to see some incredibly challenging financial problems in Europe. How the EU responds to the crisis is going to be extremely interesting to watch.

So many people talk about the death of the U.S. dollar, but the truth is that we could very easily see a financial collapse and a major currency crisis in Europe prior to the collapse of the dollar. Europe is in really, really bad shape right now.

Of course it doesn’t help that the entire world is so incredibly unstable right now. The disaster in Japan, the war in Libya, the revolutions across the Middle East and the surging price of oil all threaten to throw the global economy into turmoil.

As I discussed in a previous article, people need to start preparing for economic disaster. The entire global financial system is coming apart. The U.S. economy is crumbling, Europe is dealing with an unprecedented debt crisis and Japan has just been struck with the worst economic disaster that it has seen since World War 2.

Most Americans don’t pay much attention to what is going on in Portugal (or in the rest of Europe for that matter), but they should. The world is more interconnected than ever, and if Europe experiences a financial meltdown it will have dramatic consequences for the United States as well.

The financial crash of 2008 swept the entire globe and virtually every nation on earth was deeply affected. The next wave of the financial crisis is also going to be felt globally.

We live in one of the most interesting times in the history of the world.

Are you prepared for what is about to happen?

Today there are two very different Americas. In one America, the stock market is soaring, huge bonuses are taken for...